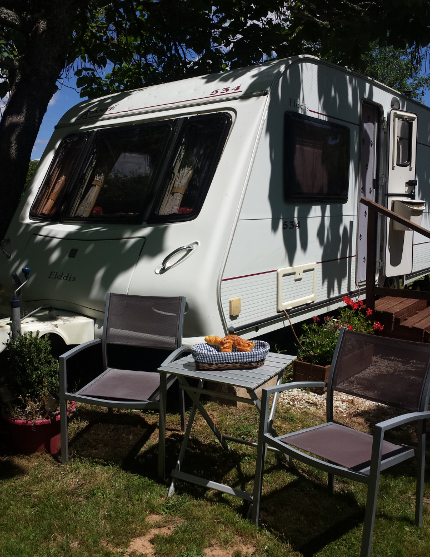 Sleeps up to 3 people 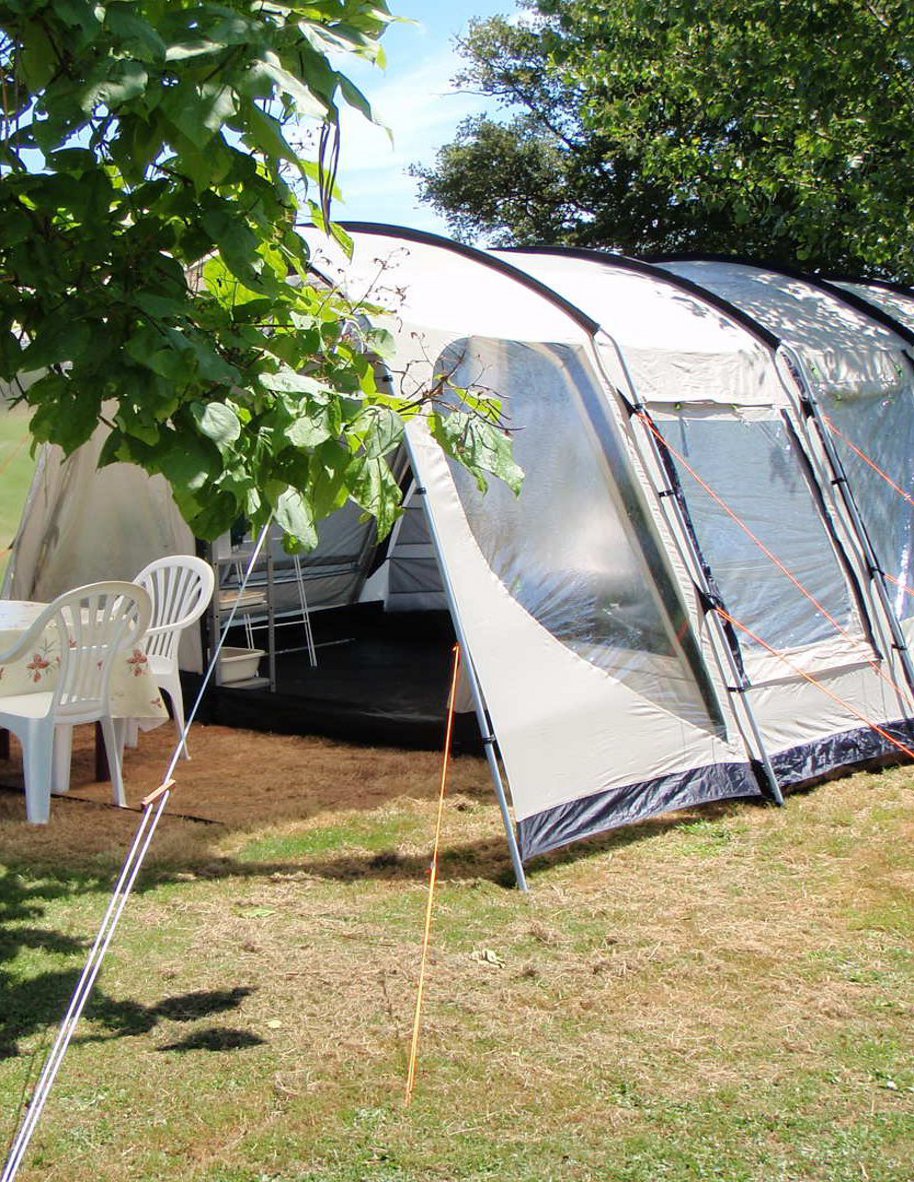 Sleeps up to 4 people 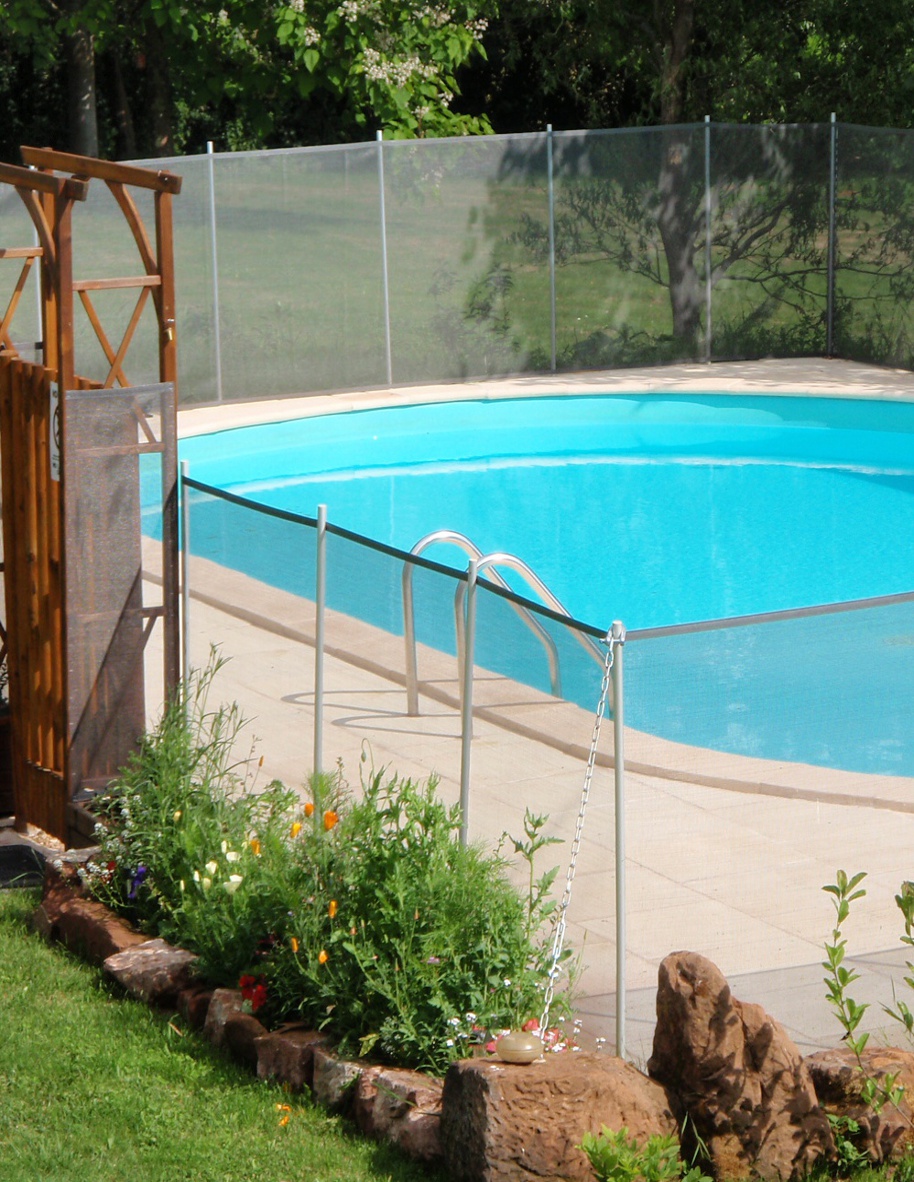 The perfect place to cool off on those long, hot, summer days 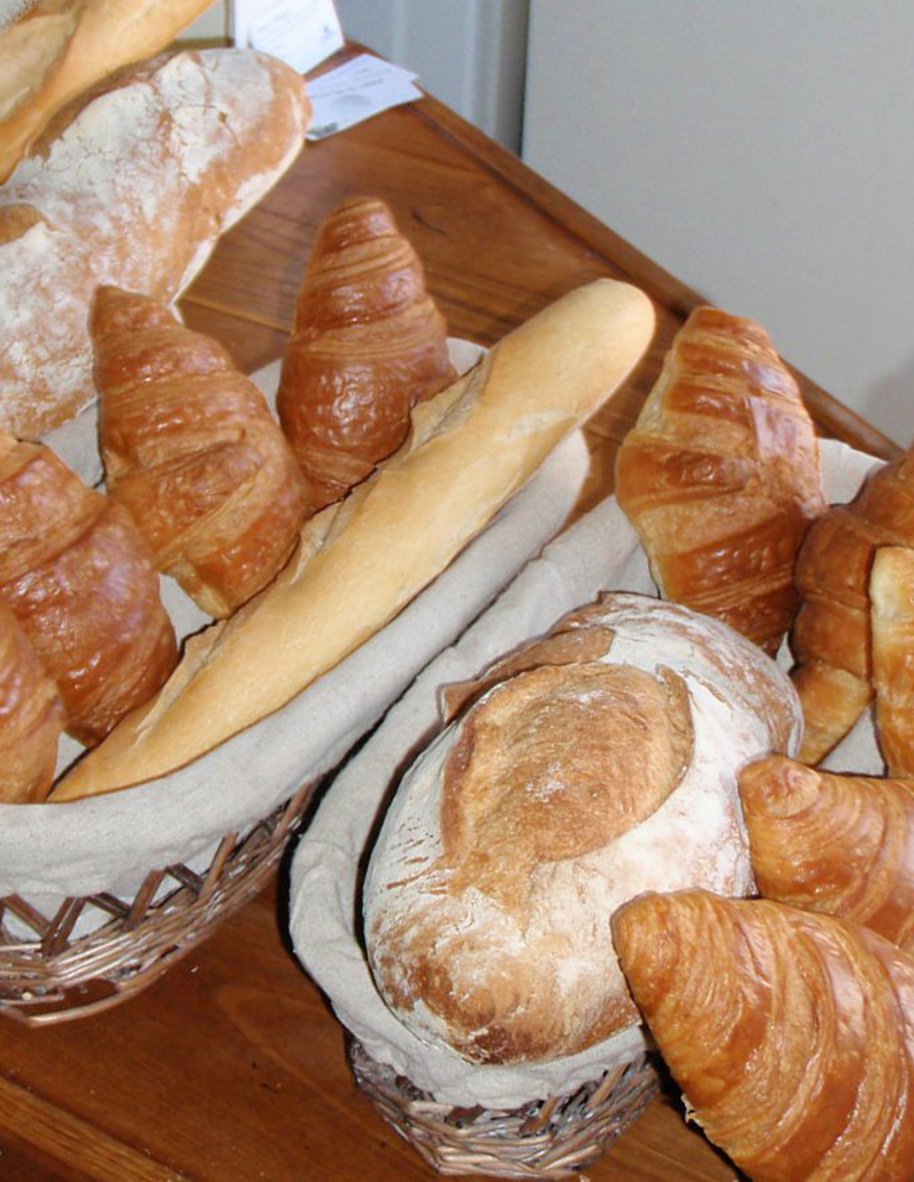 We are happy to deliver breakfast to your door !

Our shower block has toilets, showers, wash basins as well as dishwashing facilities.
› ‹

It is a classic château perched upon a rocky outcrop; it's origin is that of a medieval fortress probably built on the site of a roman camp.

During the XIIth century, it was the stake of rivalry between the famous troubadour Bertran de Born and his brother Constantin for the succession to King of England Henry II Plantagenêt.

In the 15th century, the Château passed to a branch of the De Gontaut family, who took the name and coat of arms of Hautefort.

As times and fashions changed, the fortress gradually turned into a place of leisure.  The Château experienced its most sumptuous period in the 17th century.

François de Hautefort and his grandson Jacques-François gradually stripped the Château of its defensive functions and turned it into the “modern-style” château as we know it today.

During the French Revolution the château was used as a “prison for suspects” and was saved from destruction.  The de Hautefort family owned the place until the end of the 19th century.

The widow of the last descendent sold the Château in 1890 to the rich industrialist Bertrand Artigues; after he died without heirs in 1908, the Château fell into dilapidation.

In 1929 Hautefort was saved by the arrival of Baron Henry de Bastard and his wife Simone, who fell in love with it.  Fascinated by the place, they gave new life to the residence and its gardens. 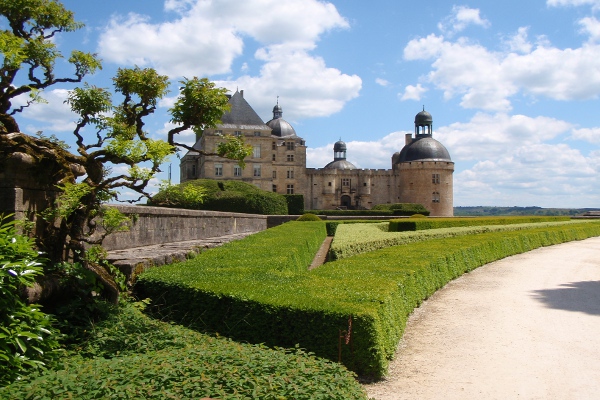 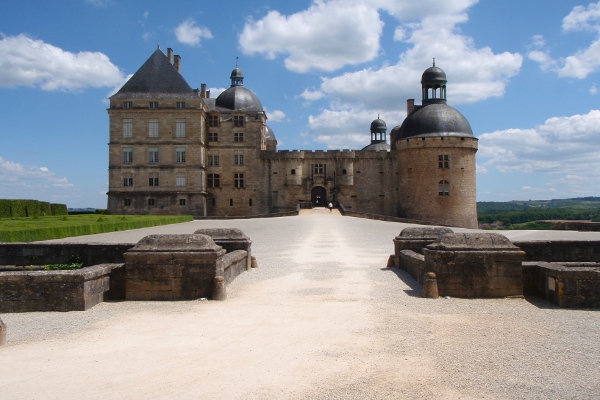 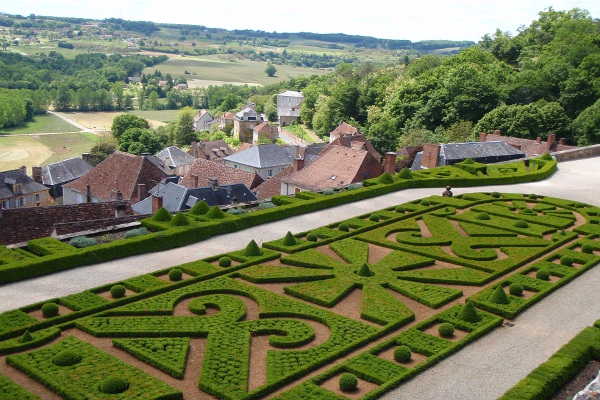 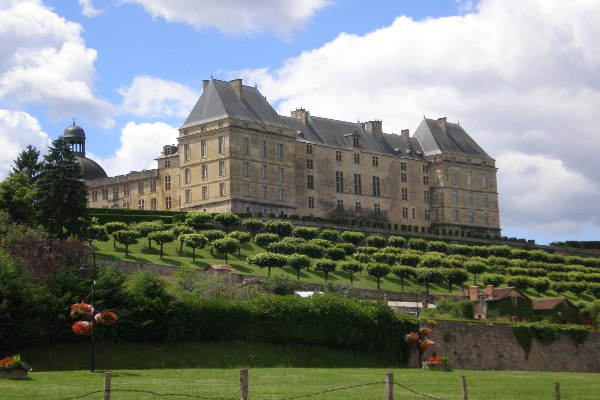